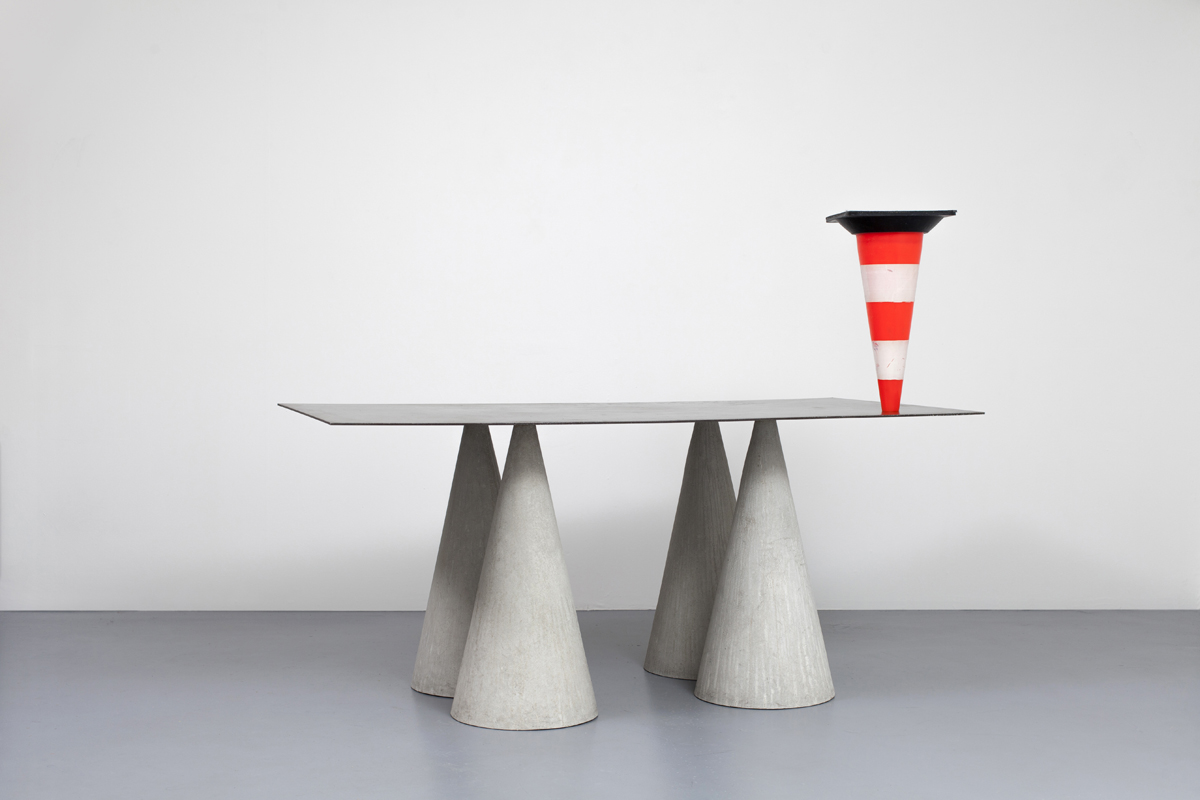 Benjamin Baltimore’s name is barely known in the design world today. Although very famous in the film industry for being the poster designer for iconic films by Michelangelo Antonioni, Philippe Garrel and Maurice Pialat to name but a few, his brief initial career as a designer has been obscured. The office by Benjamin Baltimore is a unique piece since it is in actual fact his desk. Patinated steel tabletop placed on four separate fibre cement components.