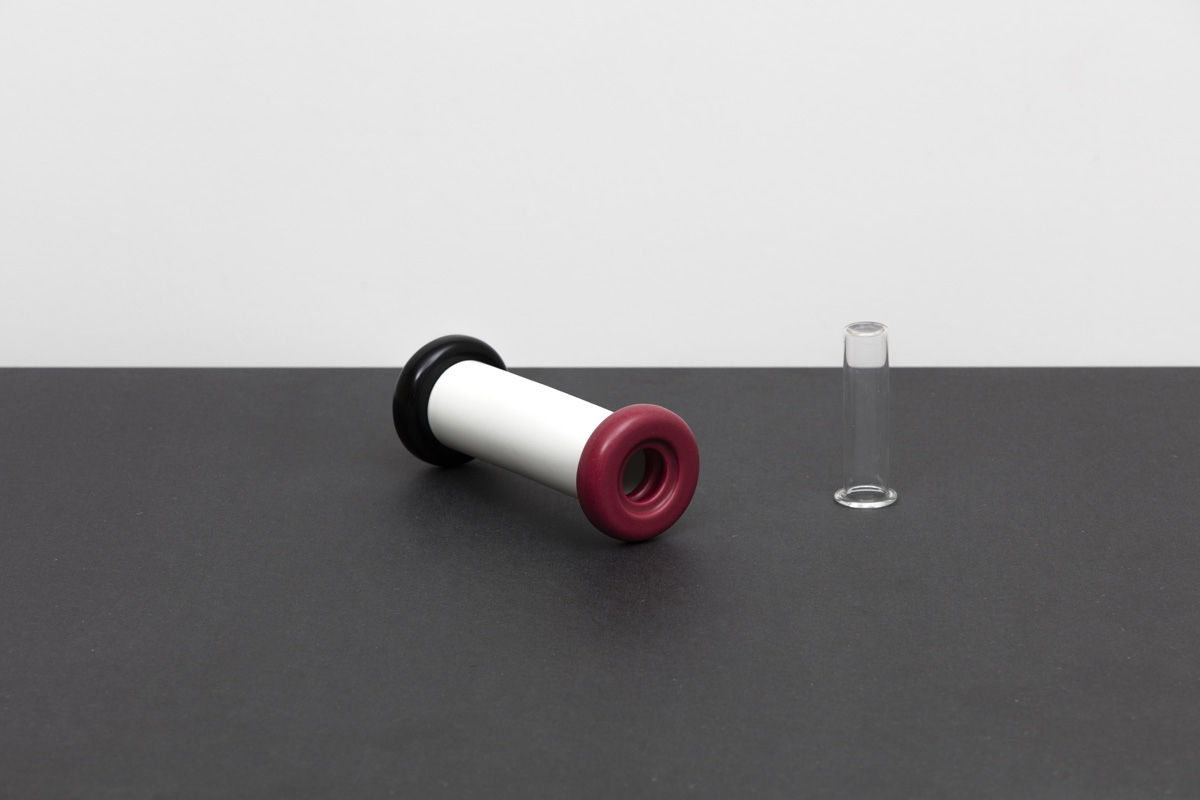 Designed in 1959 but produced much later by the famous and rare Tendentse in 1988. The Vaso a Rocchetto is one of the smallest if not the smallest vase from Ettore Sottsass. We first thought that this vase was from the 90 pieces edition. Through our research we found that this version is extremely rare. There are very few copies not commercialized. Realized by Alessio Sarri and given by him to the previous owner. The vase is reversible thanks to a glass test tube inserted. You can then choose to have the black or red part on top. Ceramic and glass.