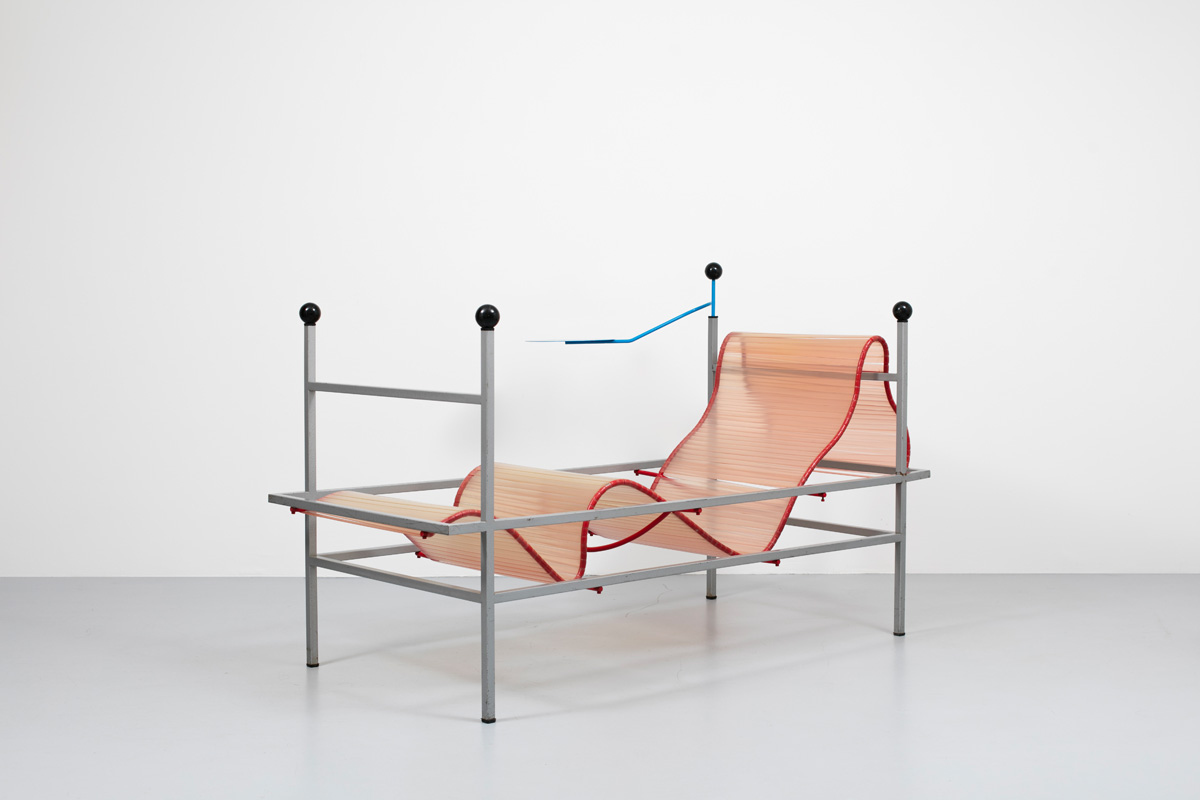 A non-marketed, unique model produced for the exhibition Vivre en couleur at the Fondation Cartier in Jouy-en-Josas in 1985. The Molitor chaise longue, with the Zebulon armchair, belongs to a series of two pieces called Meubles anecdotiques (Anecdotal Furniture). The creators of Molitor describe it as a “piece of furniture relating to its function represented by its immediate surroundings. Sports environment: Molitor, a chaise longue that when upside down turns into a object to be used for abdominal training.” The Meubles anecdotiques follow the 1982 Collection de meubles, “conceived to be self-produced from “street corner” technology: welded and angled tubes, scuba foam rubber used for diving wetsuits and PVC sheets”. Unlike Italian designers during the same period who relied on a strong and innovative industry, Nemo relies on what the immediate surroundings offer. The result is a sort of clever and jolly DIY. Metal, epoxy paint, translucent PVC tape.

The Nemo Group, comprising of two architects/designers, was active from 1981. Omnipresent on the French design scene in the 1980s, they completed a large number of projects, from the smallest, a pasta project for Panzani, to the more ambitious, the Génitron clock that counted down the seconds until the year 2000 on the façade of the Centre Georges Pompidou.