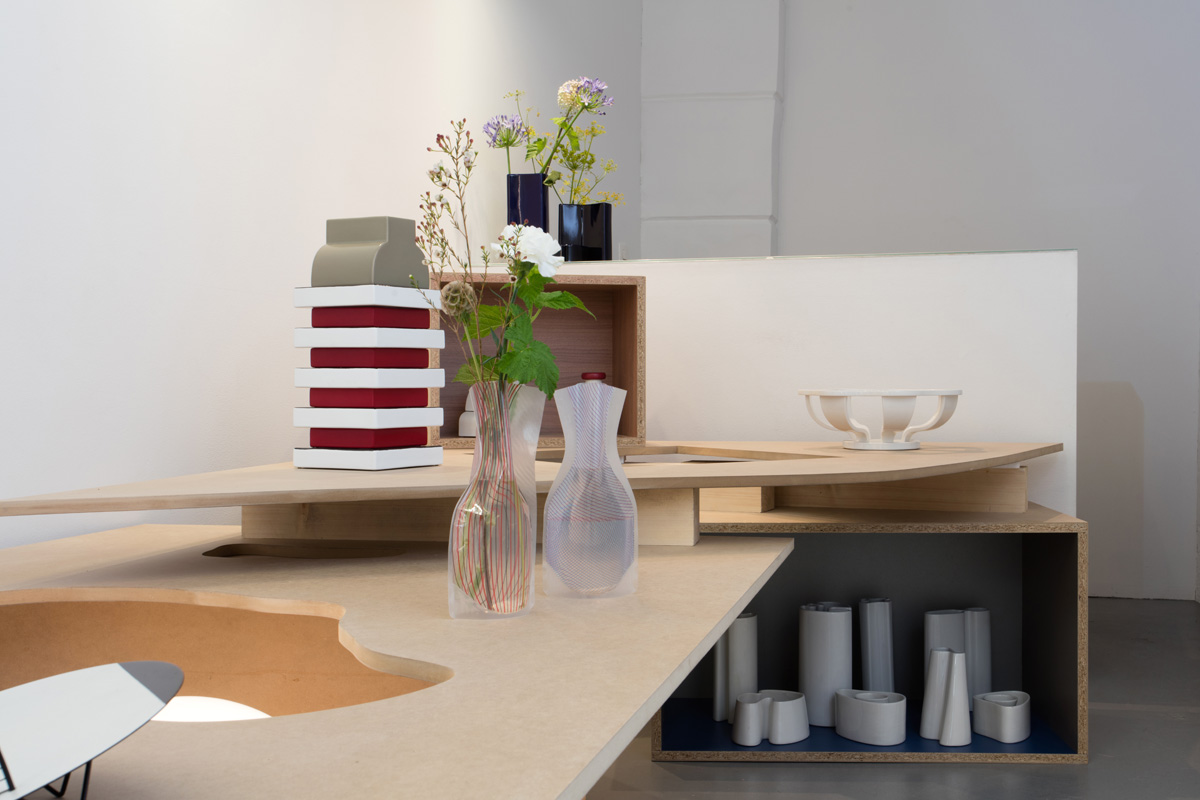 Soon it will be summer. For a few months we will celebrate the joys and pleasures of the sun. Inside our homes there are flowers and fruit in our vases, bowls and plates. To mark the arrival of summer A1043 has a new exhibition called Flowers and Fruit. A1043 will present vases and fruit bowls together with luminaires. Pottery does not feature, as we know only too well the success of ceramics, particularly in the 50s, but instead some examples of where a vase and a fruit bowl combine and play with flowers and fruit. As with the luminaires by Gino Sarfatti who claimed his sole interest was the quality of the light produced by a light bulb, sometimes the flowers and fruit determine the general form of an object.

If at first glance, the challenges presented by such an exhibition may seem minor, what we fully accept, where there are flowers and fruit in the collective consciousness, there is also uselessness and inconsistency, in reality it may be a very different story. We will convey the religious origin of the various vases and recipients within the scope of ceremonies and offerings for containing the blood and oils offered. Closer to home, we will simply recall a master in the art of designing vases, Andrea Branzi:

“We might say that a vase is much more than a vase ! It is the point at which art comes back into contact with the world of man. With the destinies of ordinary life and the vast horizons of mediocrity, moulding the great structures of history to fit the rounded bellies of these household flower containers. … It is around a vase that we will be building a new house and a new architecture. A person who designs a vase generates an idea that becomes part of the house (and of history).”