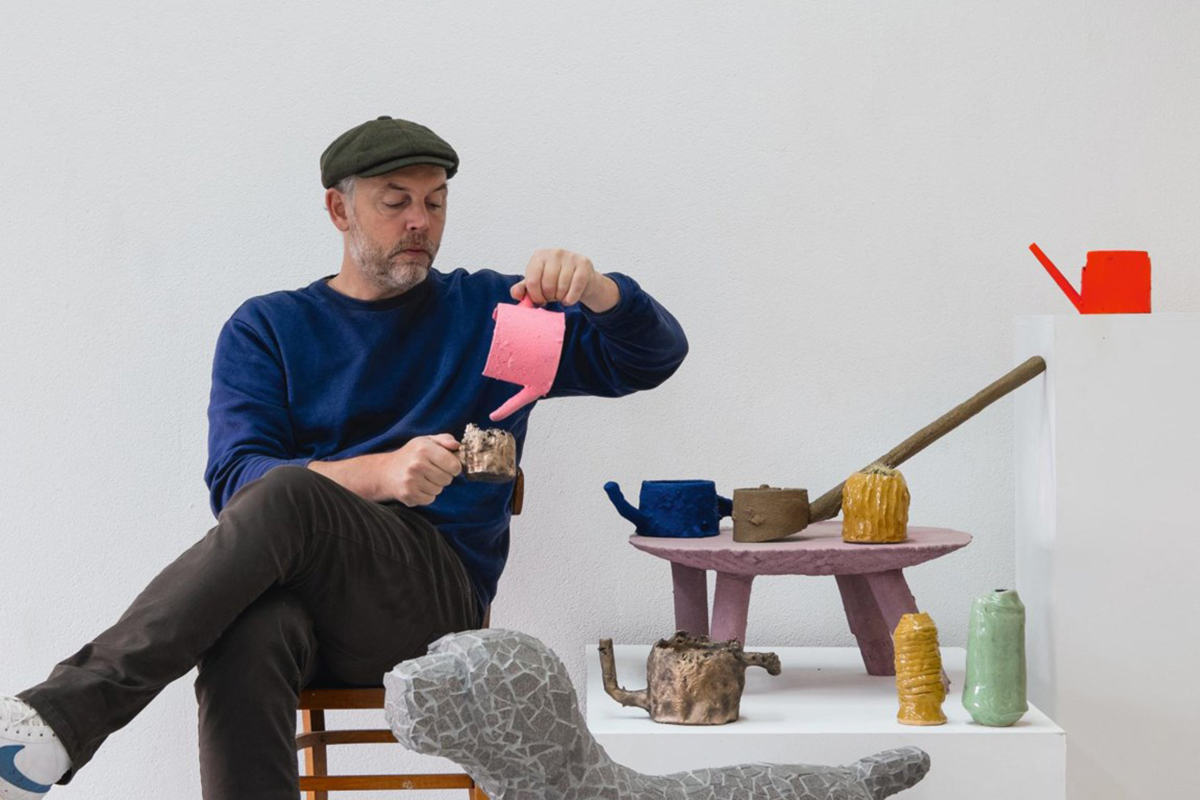 Lucas Maassen was born in 1975. He is of the same generation and graduating class as Maarten Baas at the Design Academy Eindhoven. Like his fellow student, Lucas Maassen lost no time in turning to conceptual, experimental and collaborative projects, as well as teaching at the Design Academy. He currently teaches on the master’s programme in the Social Design department. The key feature of Lucas Maassen’s work is to regard design as a game, continuously questioning definitions, cornerstones and participants, authors and users alike. One of the first of its kind is POST-DIGITAL FURNITURE SERIES, 2009, a collection of furniture for which the choice of materials is determined through a computerised script. Brainwave Sofa (in partnership with Unfold) was also in 2009, a sofa whose overall design replicates three seconds of the designer’s encephalogram just as the latter opens his eyes. Since this period Lucas Maassen has increased his partnerships with other designers and artists such as Thomas Lommee (SCRIPT CHAIR FOR OS SYSTEM, 2009), Margriet Craens (The Chair Affair, 2015) and former students like Hossie (De Vrijgieterij, 2019), as well as with his children (Lucas Maassen & Sons, FURNITURE FACTORY, 2013). Lucas Maassen also instigated cultural places like 70% Bar, the restaurant Fat Pony, and most importantly Wall Street Eindhoven (2017) a venue accommodating a restaurant, studio, offices and exhibition space. Lucas Maassen is a key player on the Eindhoven design scene.