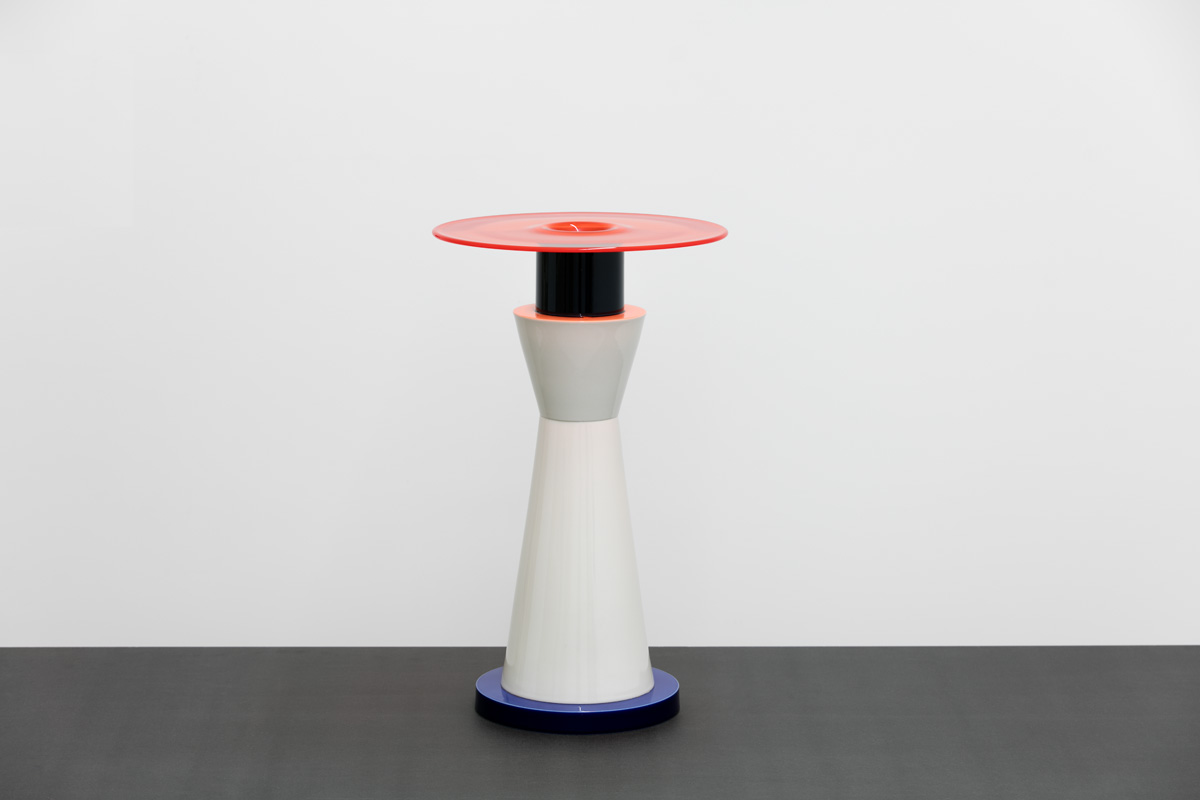 Upon invitation by the Manufacture de Sèvres, between 1993 and 2006 Ettore Sottsass created 20 projects: 19 vases and 1 centrepiece. Sottsass, no beginner in the field of ceramics, saw the invitation from the Manufacture as an opportunity to produce works that he was unable to produce before. Indeed the expertise of the Manufacture is unique. Since 1740 production and decoration processes have been developed the main characteristic of which is perfection. It was an opportunity for Sottsass to produce objects with smooth workmanship and a palette of unique colours. The Salomé vase, part of the first series of works (a second was developed in 2005/2006), is unique in being one of the only three vases produced using Venini glass. The upper part of vase is a piece of red glass. The general structure of the vase is not the most original in the series, but the play on colour is outstanding. The upper part of the ceramic being blue the colour of the red glass settles on the white body achieving in contrast a pink colour. More than just a vase, Salomé is a play of light.