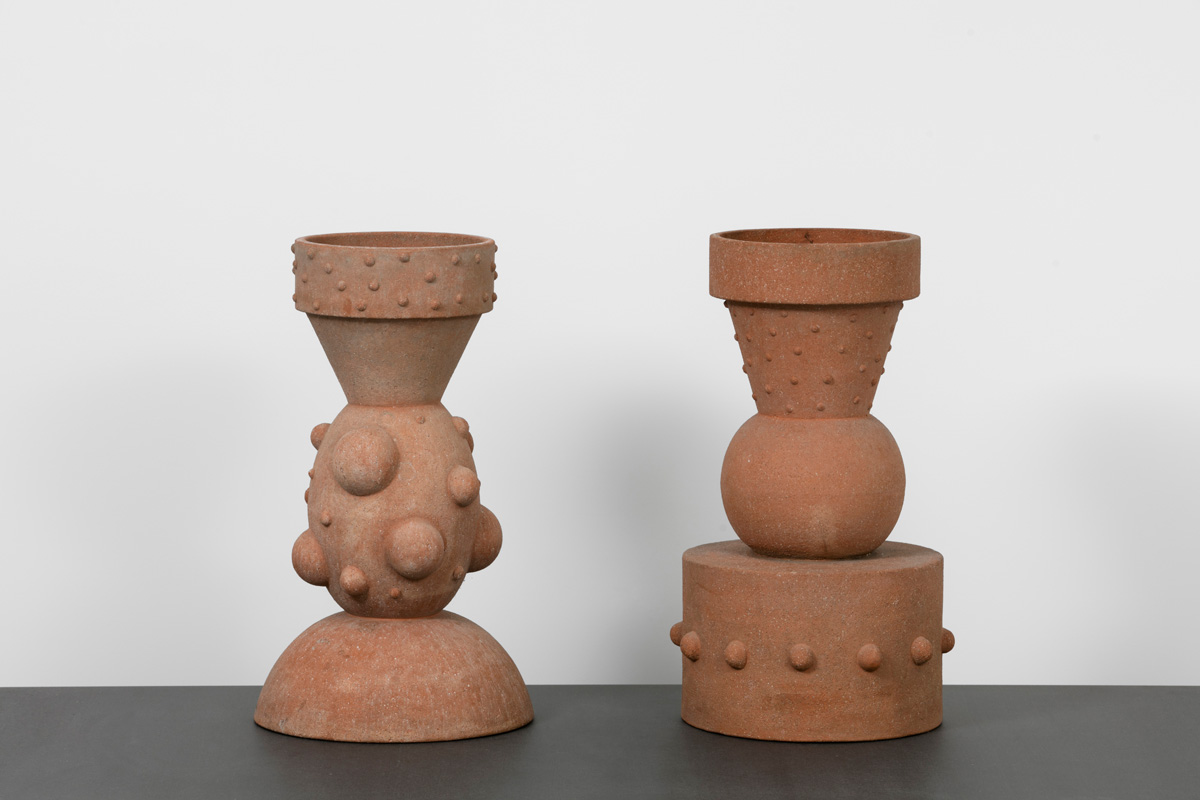 Dan Friedman was the father of Radical Modernism alongside contempories like Keith Haring, Jean-Michel Basquiat and Jeff Koons. During the post-modern period Dan Friedman broke free and produced a large number of objects and decors erasing boundaries between art and design. The Folly flowerpots reflect a traditional pot shape but layered on top of each other and featuring a sort of ordered proliferation of semi-spheres on their surfaces. In terracotta.

Height 50 cm
Back to top