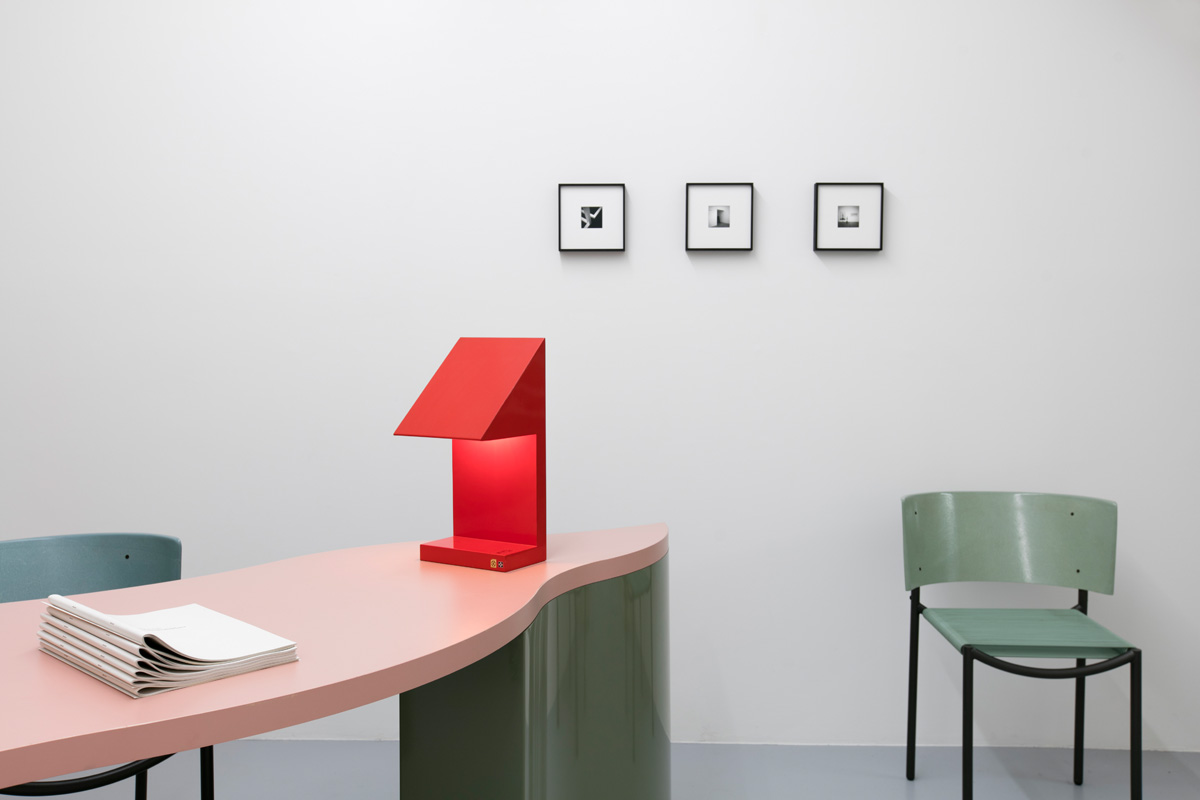 The idea of the exhibition « Intérieurs sur mesure » (Custom made interiors) comes from a sidewalk and neighbourhood discussion:

For many years, if not forever, Alberta Pane has been wondering where and how creation is born? In which environment? A er which readings? Around which objects? In the void or in its contrary? In the silence? In noise, in light, or just before falling asleep at night?

For several years, or even since always, Didier Jean Anicet Courbot wonders where and how creation is born? In which places? Si ing? Or moving? In a train or in a salon? In a personal and intimate place or in a public place? When waking up or in the middle of a restless night or during insomnia?

One day, by chance, Alberta and Didier met and talked to each other. Finally, the questions were not so far from each other. When one wonders about book sources, the other questions places.

One could broadly wonder about the genesis of creations. The exhibition “Machines à penser” at the Prada Foundation in Venice this summer analyzed, for example, the relationship between the condition of forced or desired isolation and the physical or mental places that favour re ection, thought and intellectual production. For Martin Heidegger and Ludwig Wi genstein the need to create places of intellectual isolation, isolated inner spaces of the world, in unlikely places, gave birth to immense philosophical thoughts. For Adorno, forced isolation and immigration were powerful mental conditions that greatly influenced him. Isolation then. In places sheltered from the world like a cabin in a ord.

Could inner or outside places, where reading, thinking, creating and nding oneself, also be born from sharing?

For « Intérieurs sur mesure », Alberta Pane and A1043 galleries (we are neighbours a er all!) have invited a group of artists to present a work associated with the book of their choice. Starting from this question about the origin of creations we want to create not a place but several places or intermediate spaces. Being one an art gallery and the other a design gallery we wish during this common experience to evoke a library space, a reading room and a place to share with others. A1043 and Alberta Pane galleries become Heidegger’s hut in the middle of the Black Forest …