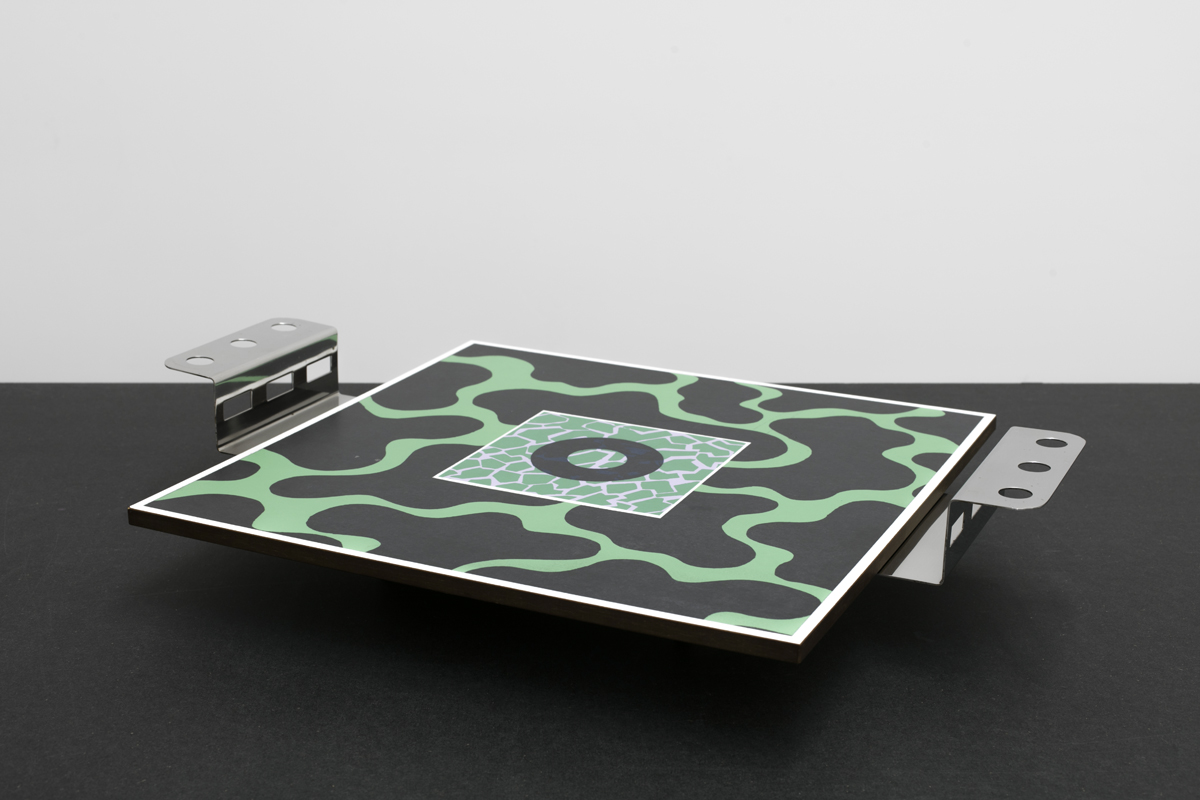 Despite swiftly abandoning design, in the space of a few years Nathalie du Pasquier produced a large number of objects that marked the history of design. The Objects for the Electronic Age series was created in collaboration with George Sowden, each designing 12 objects. The tray demonstrates Nathalie du Pasquier’s ability to invent; a large part of the work at the outset of Memphis was to design ornamental forms for the brand Abet Laminati. Plaisance is not a tray but a tray/tableau that is purely decorative in function. It is representative of a form of self-sufficiency typical of objects in the 1980s when function played a secondary role.