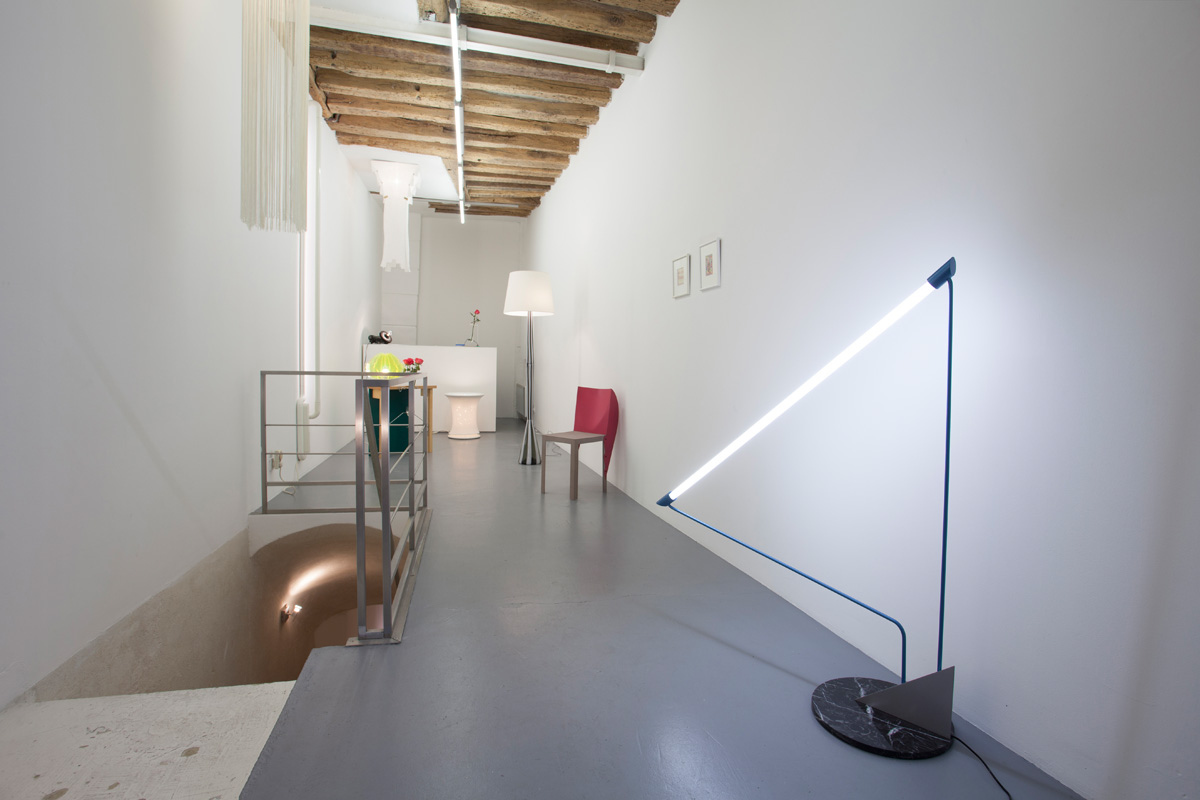 In April 2016 we inaugurated the exhibition Shades. It was about light shades, that object used to avoid the glare of a naked light. Radical Abat-Jour is the follow up to that exhibition. The subject remains the same but the artworks differ. Each light presents one aspect of the light shade, from the traditional light of Fulvio Bianconi for Venini dating from around 1950, to the fin lamp Cespuglio di Gino by Ennio Lucini from 1968 for DH Guzzini. The exhibition will evolve from week to week, with lights being successively introduced and taking into account the associations between them.

Our selection will be presented alongside items of furniture, in particular a Mies armchair from Archizoom Associati, a Tankette coffee table by Paolo Pallucco and Mireille Rivier, an armchair by Shigeru Uchida for Studio 80 and rare coffee tables by Daniel Weil.