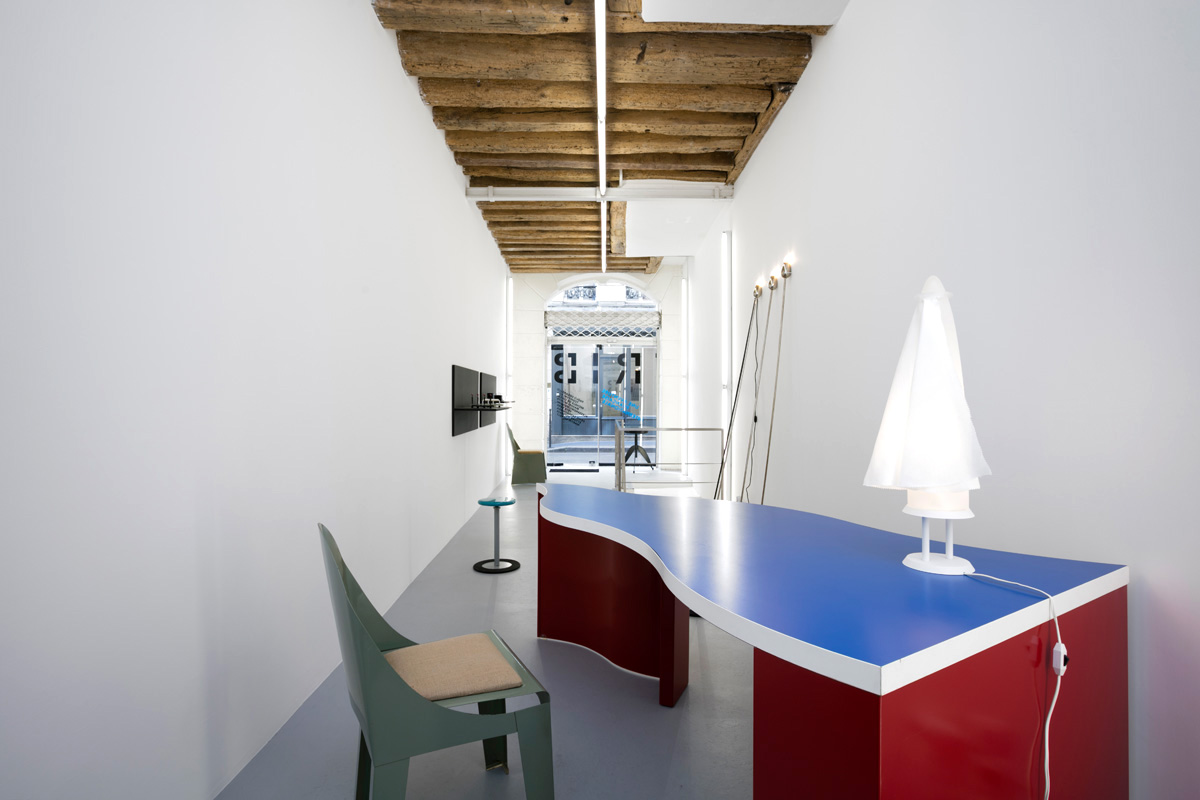 Just as artists depend on gallery owners, designers depend on editors. TRIBU, An International French Venture is the second monographic exhibition held at A1043, this time dedicated to an editor. Despite the activity being short-lived and production being very limited in the end, Tribu was appreciated far and wide.

In the booming 80s, the French design scene, like many other disciplines during this period, developed rapidly. The VIA (Valorization of Innovation in Furnishing) was created in 1979. A new interest in interior decoration and design became apparent. Contemporary art venues like the Fondation Cartier exhibited and commissioned furniture. Non-specialized press talked about design and mass-market brands launched collections of design objects. A new generation of designers appeared. François Bauchet, Garouste and Bonetti, Olivier Gagnère, Nemo, Nestor Perkal, Philippe Starck, Martin Szekely and Totem, to name but a few, were among the young creators emerging everywhere. New editors materialised to accompany these creators such as En attendant les Barbares, Néotù and Tribu.

Tribu was, without a doubt, one of the greatest French editors among these brands in the 80s. Founded by Gérard Gayou an entrepreneur from Toulouse, with the help of Martine Marescaux as artistic director, Tribu ingeniously chose to work with renowned designers like Alessandro Mendini, Pierre Paulin, Verner Panton and Ettore Sottsass, as well as with very young designers who had produced very little until then. Martin Szekely, Denis Santachiara, Masaki Morita and Toshiyuki Kita were the young spearheads of this remarkable and unique brand in France.

Thanks to Tribu being founded by a manufacturer, these young designers had an editor who was capable of finding technical solutions for their new manufacturing issues. Tribu was first and foremost a production workshop and a network of expertise. Martin Szekely was therefore able to invent the world’s first carbon chair with tapered feet that were not simple tubes. Alessandro Mendini, impressed by the first laser-cutting machine installed in Toulouse, also decided to take advantage of this new technique for a consequently unique project. This was followed by a collection of glassware crafted by Italian craftsmen. Tribu’s existence came to an end too soon but was able to, in the space of a few years, demonstrate the extent to which a business can be ahead of its time, as well as being intuitive and inventive.